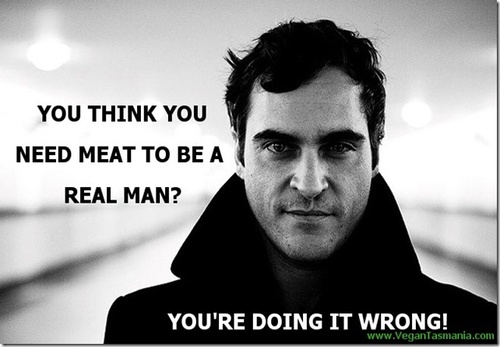 What a real man is, is debatable. I am of the mind that this does not exist. Yes, we can all list qualities deemed acceptable, if not important, by society –

But does every man you know actually fit this description to a tee? Not every man I know. If anything, those who do are the ones I am least comfortable around. If you pay further attention to this incomplete list, you can see the tenets of toxic masculinity:

In other words, to be a “real man”, one must embody the traits that govern patriarchy. These ideas are not only reinforced, but encouraged. The thing is, I know many women who embody at least one of the traits from the first list; most of the men I know do not fit this list; and gender not being binary, this may or may not describe those who do not fit within the binary mold. So what does this kind of list even do? It seems to me that we merely seek to define ourselves using a box that no longer holds (if it ever did). Masculinity is not the only option that exists, which is why colonizers had to work so hard to force their own social construct on so many communities. We must pull away from these ideas and raise our children to be top-notch individuals, regardless of gender.

How does this all relate to meat-eating, you ask? This is another relatively common topic online, so in a nutshell:

The components of toxic masculinity go hand-in-hand with the meat industry – particularly in Canada and the United States, but also elsewhere to some extent. Sexual aggression is limited to factory farming through practices such as insemination of cows; I forget the term, but “rape” is a part of it.

Dominance, aggression and lack of emotion are all necessary, regardless of the way these animals are farmed or hunted. In my experience, watching someone kill and cook a chicken was in no way pleasurable; I had to walk away. If you feel emotion, you cannot kill it; if you do not dominate the animal, it will get away; and if you do not show aggression, the animal does not die.

I could add Africans, as I was originally inspired to write this post by some Africans I know in Canada. But, I have been living in Ghana, so am currently leaning on that. I will differentiate, though: 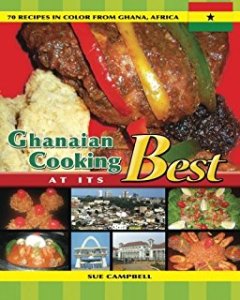 My knowledge of the Ghanaian diet tells me that it is very easy to be a vegetarian. Vegan is a little more difficult if eating out mostly, but at market, you have 3 dry legume choices – hen beans, red beans and soy beans – as well as groundnuts and groundnut paste. When buying street food, it is more common to find eggs than beans, which is why vegetarianism is easier. All local dishes can easily be modified, whether buying out – though this means you might have no choice but to have the meat juices inside your food – or cooking for yourself. Let’s face it, everyone enjoys making modifications so the food pleases their taste buds; how many times did I see Cici eat beans with her banku instead of pepper? (not all Ghanaians like heat, in case you are wondering …when someone asks if I like pepper, there is always someone around to say I like it entirely too hot …showing that not all white people hate heat …yeey for ridiculous stereotypes!) As the Jamie Oliver Jollof fiasco showed, those in the diaspora might be harder on you for not following certain rules, especially the addition of Maggie or Onga, but those I know in Ghana take much liberty with their cooking styles; I guess how much liberty you take with a dish can be okay if it is in the end that dish, but be careful who you tell, unless you are fine with the risk of some backlash! Before I move on, an example proving my point: Cici makes egg stew with her waakye instead of waakye stew and shitor, and it is extremely tasty! She has never left Ghana.

As someone who does not know every dish on the continent, I did do a search and came up with this 122 item list of vegetarian dishes, that I imagine is not comprehensive. For one, as shown by the Ghanaian dishes in the list, there are many ways to make certain dishes vegetarian (everything I have cooked, definitely). For two, like Wikipedia says:

“African-diets are relatively plant-based for economic reasons, but the prevalence of strict ethical vegetarianism in Africa is reported to be low, while scientific polls are lacking. Countries in North Africa have a tradition of cooking in a vegetarian style, with Morocco, Algeria and Tunisia being particularly connected with this type of cooking which includes couscous and spiced vegetables. Indian immigrants to Africa, particularly in South Africa, brought vegetarianism with them which has been documented as far back as 1895 in Natal Province. Also, some African countries such as Ethiopia have regular weekly and special periods of religious fasting requiring observance of a vegetarian diet.” – 16 March 2017

“My decision to become a vegetarian is a part of my African identity and not separate although many have argued that, ‘I am not a real African because real Africans eat meat.’ My decision had nothing to do with animals or the environment. It really had nothing to do with health either, as I’ve always been conscious of the food I eat even when they included meat. I became a vegetarian because of my views on immigration reform, the meatpacking industry and how it directly relates to Africans. About 3% of all undocumented immigrants in the United States are from Africa. Almost a quarter of the workers who butcher and process meat, poultry and fish are undocumented. We always hear the stories of those Africans who immigrated to the United States and worked their way to the ‘American dream’, but what about the others whose voices we never hear?

I became a vegetarian because I disagree with the exploitation of immigrant workers in the meatpacking industry. I disagree with the cruel work environments. According to a report by the US Bureau of Labour Statistics, the meatpacking industry has a rate of 7.5 cases per 100 full-time workers when it comes to injuries. This may not seem high, but in fact, it is about 21% higher than the food manufacturing industry as a whole and 50% higher than the manufacturing industry as a whole. Furthermore, almost none of these immigrant workers have health insurance to treat their injuries due to the cost. Besides a poor work environment, they are paid wages that anyone would find ludicrous. Wages are based on the judgment of those in charge and can range from $2 an hour to $9 an hour. Undocumented workers are unable to assert their rights and have no protection of labour laws. They are faced with abuse and discrimination.”

All this to say that gender and nationality are no reason to eat meat (though what is?); restated: being vegetarian does not call into question the legitimacy of your gender or nationality. More men are vegetarian than you think and more Ghanaians (and Africans), too!